I am conscious that I haven’t posted on my Blog since October … unfortunately I had some health issues and I had to take a little time out for myself. However, I am now getting back in the saddle which means I will be starting my Blogging again … and if all goes to plan I hope to start some Vlogging soon too!

It is has been interesting over the past few months watching both local and national social media sites, and how if left unchallenged, how easy it is for half-truths, lies, distortions of the truth and phoney analysis to spread and become the accepted version of the truth.

At the end of last year we had the General Election, and much of the campaign was based on one party’s interpretation (or more often than not, deliberate mis-interpretation) of the other party’s message.

The US elections take the use of social media to a whole new level. Just today I read that Twitter has closed down 70 accounts that were putting out pro-Bloomberg messages. And at the same time, President Trump seems to use Twitter to output every thought that enters his head, with absolutely no filter.

We have also seen a lot of questions asked of the media regarding their impartiality. Throughout last year’s General Election, and for the whole 3 years since the referendum, the BBC’s apparent bias has been raised again and again. Whilst I think most of these accusations are unjustified, there are individual reporters and presenters who do appear to have a bias towards a particular party or view on Brexit.

Thankfully, the general population are becoming more sceptical of what they read on-line, and tend to take it with a pinch of salt. Their common sense tells them the truth probably lies half way between the conflicting messages.

Looking more locally, we have seen a rise in ‘independent politicians’, and although here in Leighton-Linslade we have two of the best, most honest and genuinely independent Councillors I have ever met (Cllrs Mark Freeman, and Victoria Harvey), there are other ‘independent’ Councillors in Bedfordshire who really need to look in a dictionary to understand what ‘independent’ means.

They call themselves the ‘Independent Network’ – an oxymoron in itself – when the more accurate description would be the ‘Non-aligned to a Nationally Recognised Party Party’. Once more than one independent Councillor forms themselves into a group and has a leader, they cease to be independent!

(as an aside, one of the more vocal members of the ‘Independent Alliance’ put themselves forwards to become a Conservative candidate in the 2019 CBC elections, but failed to get selected for any seat. They then appeared as an ‘independent’ candidate and failed to mention their true colours … ).

But I digress – this is not intended to be an attack on any individual or group of Councillors. But the relevance of my point above is that notwithstanding my comment above about Leighton-Linslade’s independent Councillors, we need to be wary of the assumption that an ‘independent’ Councillor is more pure and honest than a Councillor who is aligned to a nationally recognized party.

Likewise, it should not be assumed that just because a Councillor is aligned to a nationally recognized party that they are inherently dishonest and untrustworthy. I work with Councillors of all political persuasions on CBC and they are all decent and honest people, working in the best interests of the residents they represent.

And in much the same way as the bias of the BBC and their reporters has been questioned, it is prudent to be wary of some of our own local ‘commentators’ on political issues. Just like everyone else, they have their own agenda or view of world. Everyone is suspicious of a politician who says ‘trust me’ … I would suggest local residents should be just as suspicious of those who do not hold an elected position and expects people to ‘trust me … I’m not a politician … ‘.

Indeed, a lot of half-truths, misrepresentation, lies and dodgy analysis appear on some local social media pages, and those making the posts expect to be taken at face value because they are not a politician: if the same statements were made by an elected politician they would – quite rightly – be quizzed and the accuracy of what they say challenged.

Finally, I would urge local residents to set aside their prejudices against any specific political party – in local Government, party politics genuinely has little relevance. Look at what the individual Councillors are doing and saying. It isn’t about who goes to the most meetings or who has the most social media posts. It is about their integrity, and what they do in their local community and how they represent their residents. 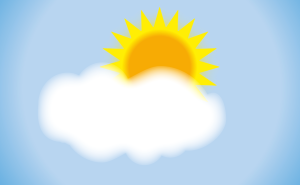